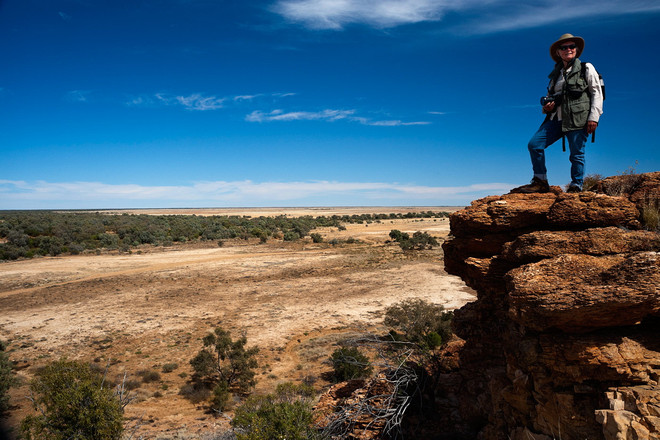 You know the saying, "If you can't beat them - join them". Well that's how I came to pick up my partner's old Nikon SLR camera and begin the journey that has developed into a passion.

When I met my partner, Jim, I was a "happy snapper" with a little compact camera and it was all that I needed. Jim introduced me to camping – "You'll love it" he said. "I'll make it easy for you" he said, and he did.

Jim and I share a love of the great outdoors and particularly the rainforests but Jim is also, a very successful competing amateur photographer. On these camping trips we would hike out to beautiful places, I would sit and enjoy the surroundings and Jim would set up the camera and tripod and take photos - wonderful photos. When he reviewed the slides that came back from the film lab I would listen to his critique of his own work and how he could do it better. We often went back and did just that.

Eventually, and inevitably, I picked up Jim's spare camera and under his tuition, started on my odyssey. That was back in 2002. I discovered I could become so lost in the lens that nothing else was happening around me. It is the best stress breaker you can find but can also get you into some difficult situations - particularly when you are travelling.

I have a number of interests. The images loaded onto the site at the moment are of travel and as I have been fortunate to visit Uganda three times in the past three years, the majority of images are from there. Most are of the amazing wildlife and scenery.

While travelling in Uganda I have taken many images much of them through the windows of vehicles (I'm still a happy snapper at heart) and I am currently in the throes of setting up a gallery called Uganda Through the Window. In this gallery I will endeavour to show the impressions that I gathered as I toured this beautiful country. The towns are chaotic. People live and work in difficult conditions. Access to clean water is always an issue. Electricity works sometimes and the potholes are more like mine shafts. Yet there is laughter, colour, a belief in the future and great beauty all around you. The traditional homesteads and granaries that had all but disappeared are again a feature of the country areas, investment is flowing into the country and tourists are arriving in increasing numbers.

Uganda is so much more than the gorillas (I haven't got there yet), as wonderful as that experience may be. Even more importantly, Idi Amin and "the bad years" was a long time ago. The Lord's Resistance Army are confined to a small area in the Congo, having been chased out of Uganda some years ago. Uganda is definitely a third world country, but it is a relatively stable, safe and friendly country in which to travel. In fact it is currently considered safer and less crowded, than some of its popular and more expensive neighbours.

I have since travelled to Europe and headed off on more adventures camping in outback Australia.


I intend to head off on more adventures both in Australia and overseas, so keep watching for more projects and galleries.