A week in Italy with Camera Etrusca

To those of you who have followed my previous blogs, yes, I have been tardy in keeping my promise to tell you about my week with a photographer in Italy.

When I decided to go to Italy I also decided that I would try to book some time on a photography tour.  I did some research on the Internet and for a number of reasons, finally decided on Camera Etrusca.   This company had some good reviews on a couple of different forums,  I liked the work that Patrick Nicholas (a professional photographer) had in his website, he is English speaking and resident in Italy, and promised to take me to some unusual places off the beaten track.

Well this was a packed full week.  We started every day with a leisurely cup of coffee at a local bar and then headed out with Patrick to explore the local area in his Landrover.  Friday afternoon and Saturday morning were spent exploring Orvieto and visiting the markets.  Lots of photo opportunities and the locals were very friendly.

Orvieto is a medieval hill town in Umbria, only an hour north of Rome.  It has impressive town walls that seem to be an extension of the volcanic rock they are built on.  The narrow streets are cobbled and wind through the town and in and out of the piazzas (squares).  This friendly place is busy with tourists during the day and quiet at night.  I was quite comfortable wandering the streets in the evenings taking photos and just enjoying looking around.  I walked along the town walls and enjoyed the spectacular views of the surrounding countryside and tried out a few of the local trattorias for dinner.

The rest of the week was spent exploring some of the medieval hill towns and the wilder side of Tuscany, Umbria and Latium.  We walked down sacred ways carved through 20 metre high cliffs and climbed up to Etruscan tombs and temples cut into the cliff faces.  We explored old medieval and roman ruins overgrown with vines and wild flowers.  Strolling down pretty forest paths strewn with cyclamens and 4 wheel driving along the side of tumbling creeks were among some of the surprises that Patrick had in store for us.

Patrick kept our small group of 4 people entertained with witty commentary and was a knowledgeable source of historical, political and literary information. We lunched on beautiful fresh local produce, sometimes picnicking, other times in Patrick’s home where he and his wife Lucia and daughter Allegra made us feel very welcome.  I was very comfortable in the lovely La Soffita B&B where Maria looked after me very well. All in all, a delightful week.

Click on the photos to take you to the gallery. 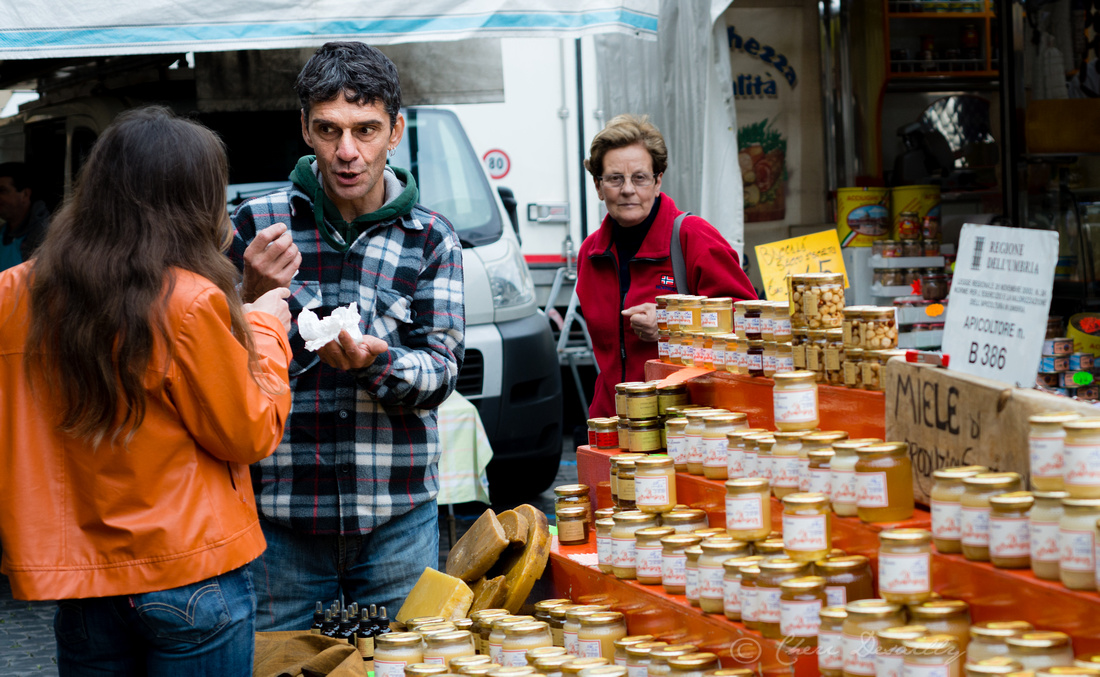 Markets, OrvietoMarkets in the Piazza Popolo in Orvieto, Italy. 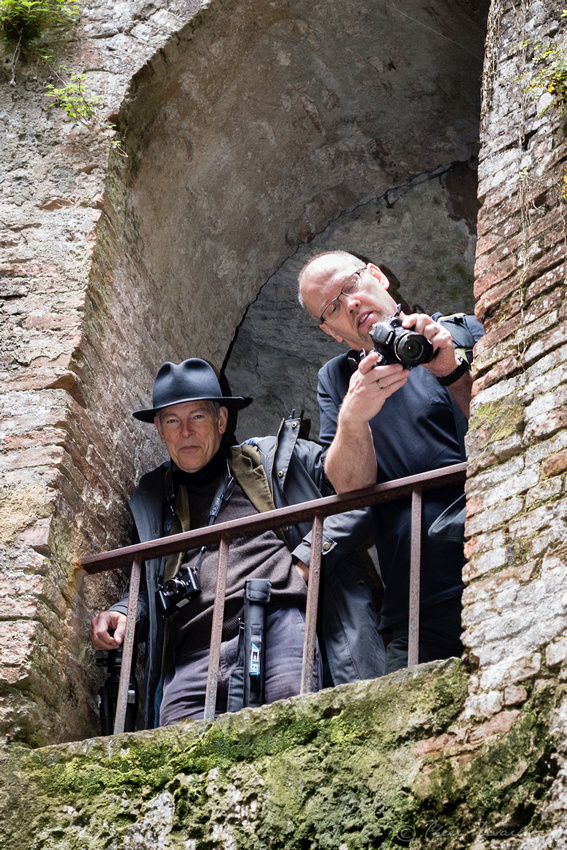 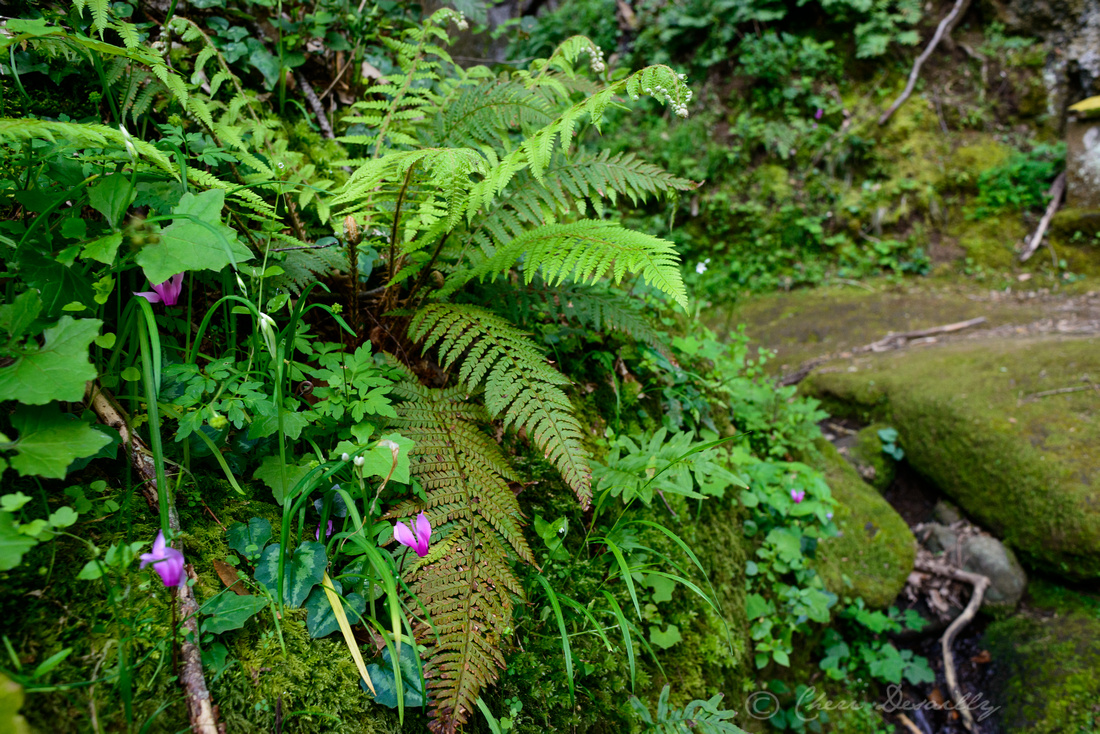 Wild CyclamenWild cyclamen and ferns grow along the forest paths. 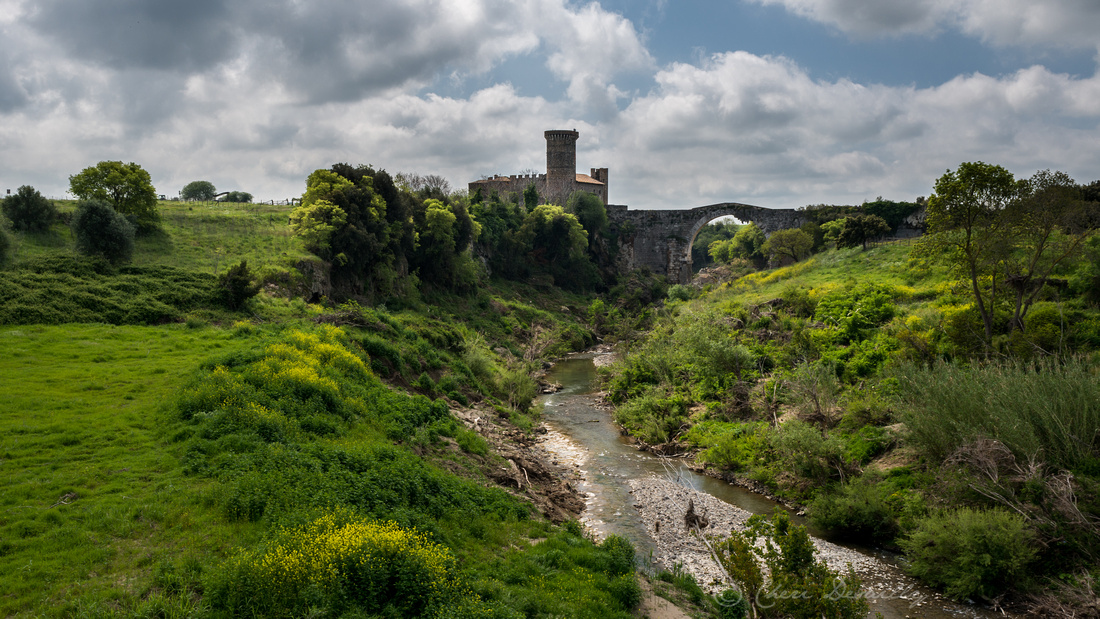 Badia Castle, VulciBuilt on the ruins of a 9th century fortress, the castle was restored during the 12th century by Cistercian monks and is connected to Vulc Archeological Park by the Ponte del Diavolo bridge, which crosses the Fiora River.